Here is a link to another psychotic ChristoTaliban shitstain hypocrite crying about lgbts but forgetting how much his own buybull speaks against adulterers.

Over the span of the last few months, I have had a series of conversations with an atheist. This atheist is very close to me and our conversation has been rewarding for me. Both of us have tried to be honest and clear about the reasons we have for our beliefs. One recurring theme of […]

Let’s discuss the truth about Christian morality shall we?

Christians morality said it was perfectly ok for Christians to invent brutal torture machines to torture and put to death those they declared as witches, heretics and scientists who disagreed with them.

Christian morality said it was perfectly ok to start wars between each other and slaughter each other, because the Christians from one sect said the Christians from the other sect was demonic. Leading to such things as the Thirty Year war, between Catholic and Protestant Christians which literally wiped out 75% of the Germainic region and took three generations to come back from that one.

Christian morality said it was ok for Christians to slaughter whole towns of Jewish people, and to murder more Jews on their way to the Crusades to Jerusalem and to murder every man, woman and child once they got to Jerusalem.

Christian morality said, it was ok, under their ChristoTaliban Manifest Destiny theology? To commit the worst act of mass genocide against us Native Americans of North, Central and South America, to butcher and slaughter us Natives, to starve us to death, to make us march on 1,000 mile death marches, most of the time in the middle of winter, to what Christians called reservations, but we called Death Camps and also? Christian morality said it was ok to kidnap our children, force them into Christian Industrial Schools, were they were beaten, tortured, starved, raped and destroyed and Christians felt it was their moral duty to wipe out any trace of their Native heritage.

Christian morality of these days? Says it is ok for Christians to demand brutal death penalty punishments for lgbts, atheists, Pagans and others, but no atheist, lgbt, Pagan or other that Christans say should be put to death? Has no moral right to stand up to psycho Christians like this because? Atheists, lgbts and others are then persecuting Christians.

Christian morality these days says it is perfectly ok for Christians to defend and support a proven pathological liar, a proven three time adulterer, a proven bigot and racist and misogynist pig, a proven thief and con artist, and proclaim him chosen of god and anyone who does not agree with them? Are pure evil and hate god and Jeebus and are not true Christians, but hey, Christian morality also said that during President Barack Obama’s two terms? It was ok for Christians to lie about him, insult and denigrate him, call him a Muslim, do the birther bullshit and threaten to even murder him and his family, to post memes and pictures of him and his family faces replaced with apes and monkeys, or to hang Barack Obama in effigy or burn him in effigy.

Christian morality says it is perfectly ok to demand brutal death penalty punishments for lgbts, but when someone demands death penalty punishment for their hundreds of thousands of Christians pastors and priests busted for raping kids? Or their leaders busted for protecting these pedophiles and causing more children to be raped by protecting them? Why that is evil, screams Christians and we should just forgive those pedophile priests and pastors, even if their actions? Caused their victims to commit suicide and their souls are going to hell if they did commit suicide, but their pedophile priest or pastor who raped them? All they gotta do is say a magic prayer and they get to spend eternity in heaven.

Christian morality said? It is perfectly ok to lie about us atheists, to defame and denigrate us atheists, and to even demand all our rights be taken away, our right to even hold public office has been taken from us in Christian red states, our rights to adopt children, etc? Were also taken away from us. But if an atheist stands up to this bullshit from ChristoTalibans? Why then? It is we atheists who are the evil ones persecuting you peaceful, loving, non-judgmental righteous christians.

Former teen beauty queens: Trump barged in on us changing

Trump’s sexual assault allegations: The full list of women who have accused the President

The allegations about Donald Trump and Miss Teen USA contestants

Now? I guess it is time for all LGBTS to demand the same death penalty punishment for adulterers that Christians scream for lgbts huh?

Leviticus 20:10 If a man commits adultery with the wife of his neighbor, both the adulterer and the adulteress shall surely be put to death.

Deuteronomy 22:22-24 If a man is found lying with the wife of another man, both of them shall die, the man who lay with the woman, and the woman. So you shall purge the evil from Israel. “If there is a betrothed virgin, and a man meets her in the city and lies with her, then you shall bring them both out to the gate of that city, and you shall stone them to death with stones, the young woman because she did not cry for help though she was in the city, and the man because he violated his neighbor’s wife. So you shall purge the evil from your midst.

The ChristoTalibans hate us left people because we demand they abide by the Separation of Chruch and State. And these ChristoTaliban will scream, foaming at the mouth, like the rabid, hypocrite dogs they are? That Muslims should never be allowed to install Sharia law here in the US but got no fucking problem with their ChristoTalibans forcing Christian sharia law upon us.

Social Justice Warriors are jubilantly proclaiming victory this week because a popular restaurant chain will no longer donate to a well-known charity. Their ultimate goal is to force all organizations, groups, businesses, and individuals to whole-heartedly adopt the SJW agenda or face destruction.

How did a religious charity transform into a cult of haters? The Salvation Army, in true Christian fashion, was organized to help the lowest of the low – the kind of people that “good Christians” were loath to associate with. They helped bums and drunks, or as we call them now, the homeless and chronic substance abusers. According to SJWs, The Salvation Army is a cult whose members dress up in military uniforms and give themselves military titles/ranks and advocate for the imprisonment or conversion of homosexuals.

Gotta love these shitstain on the underwear of humanity ChristoTaliban hypocrites huh? Oh no, if Mayor Pete is elected President? That means we will have to pray for him.

First of all, Christians would still be obligated to respect the Presidency, obey the law and pray for President Buttigieg.

BUT THESE SAME HYPOCRITE, BUYBULL THUMPING, SCUMBAG CHRISTIANS? WANT US TO PRAY FOR THEIR ADULTERER IN CHIEF, DONALD J TRUMP, TO RESPECT HIM, TO PRAY FOR HIM, THE PATHOLOGICAL LYING, PROVEN BIGOT AND RACIST AND MISOGYNIST PIG, PROVEN THIEF AND CON ARTIST, PROVEN SCUMBAG PIECE OF SHIT ON THE UNDERWEAR OF HUMANITY HUH?

I am going to start a petition to have all Christian priests and pastors busted for raping children? Given the death penalty. Hundreds of thousands of Christian priests and pastors along with their leaders who covered it up and protected them? Would be put to death for their Crimes Against Humanity and their Crimes Against the Children of the World.

Here is a great list to start with.The Bishops Accountability’s Abuse Tracker blog, full of stories of priests and pastors from all Christian denominations busted for raping kids.

Again, I offer this petition as a public service in the fight against the LGBT gaystapo agenda. 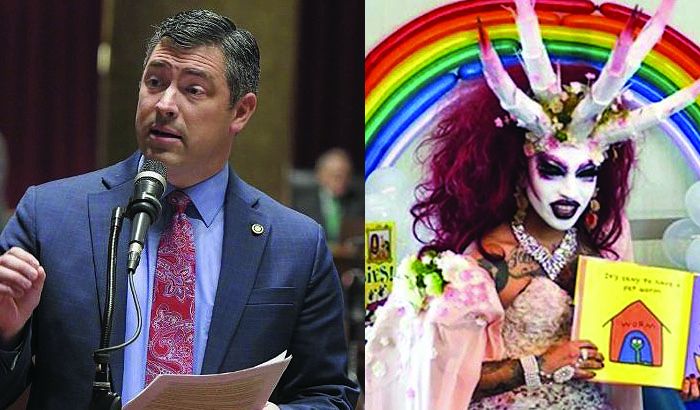 A bill proposed in Missouri could put power back in the hands of parents, over librarians who are giving minors “age-inappropriate sexual material” and promoting events like the so-called Drag Queen Story Hour.

Earlier this month, Rep. Ben Baker (R – MO) proposed the “Parental Oversight of Public Libraries Act,” out of concern for children. And, now, he is being attacked by LGBT activists, and says that he has even received death threats.

LifeSite and the Personhood Alliance are proud to stand with Rep. Baker, and support his legislation to protect children from sexualization and possible predation taking place in taxpayer-funded public libraries.

And, in fact, Rep. Baker’s proposed bill is a direct…

One? Raped a girl on her fathers grave after he held the funeral services for her father.

Hundreds of deaf mute children were brutally raped at the Antonio Provolo Institutes in Verona Italy and Mendoza Argentina by five priests. The Vatican and head Pedo Pimp Popo Franko knew all about it but covered up and protected these scumbags and then? Attacked the victims.

I could go on. Look up Bishops Accountability’s Abuse Tracker blog.

Or my blog Rape Victims of the Catholic Church

Or to see the real harm of this evil? Visit my blog Voices From the Grave: Suicide Victims of the Roman Catholic Church

Anything we can do to fight the vile transfreak agenda, we should be pleased to do!

PETITION: Puberty is not a disease! Ban transgender drugs and surgeries for minors. 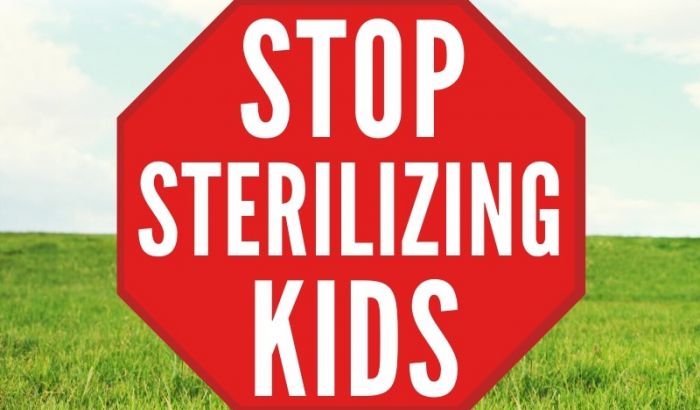 This petition asks the South Dakota Governor, Kristi Noem, to support the Vulnerable Child Protection Act, which seeks to protect gender-confused children from medical treatment which would wrongly treat puberty as a disease and cause permanent physical and mental problems.

Studies show that 85% of gender confused children eventually become comfortable with the sex of their bodies….