Hey all you fucking pieces of shit trolls from Project Veritas, Each and every fucking one of you should be lined up and fucking executed. How you like that for fucking hate you cunts?

YOU motherfucking cunts. YOU fucking Christian fascist bitches are all going to meet your demon fucking rapist, pedophile scumbag god real fucking soon. Because the only fucking good Christian from your tribe? Is a fucking dead one.

YOU little cunts. You fascist faggots. YOU punk little bitches. Go fuck yourselves. The only good Christian from your vile tribe? Is a fucking dead one and sooner or later? You fucking scum are going to reap back all you demons of hell did to us Native Americans, to Pagans, to Africans and many others and I am gonna love watching it. Fuck off and die you cunts who spread hate and then? Hate fucking reaping what you fucking shitstains on the underwear of humanity deserve. Fuck you cunts and fuck your child raping, child murdering, pedophile demon god of the Jews.

Psychotic ChristoTaliban Cocksuckers for Christ from Project Veritas thinks their bully tactics will work with me. They don’t know me. If I have the balls to stand up to the Unholy Roman Catholic Cult of Pedophiles without one ounce of fear? Then what would make them think I would be afraid of them?

This blog by Veritas proves this beyond any shadow of a doubt. But too bad, oh so sad. They need to learn to suck it up and deal with it. Because this Atheist? Is sick and tired of these Cocksuckers for Christ who act like punk assed bullies. Who cry when they reap all they sow and have done unto them as they do unto us atheists.

Well fuck him, fuck them and fuck you.

Hate bait huh? Funny how when an atheist, or another person who calls themselves Christians speak of all the hate and bigotry, and misogyny and all the death and wars and persecutions of others by Christians? That is hate bait.

Funny how it appears ok for Christian pastors to spew hate and death against us atheists, or against lgbts, or even Presidents like Barack Obama, or how Christian pastors can call for a Civil War should President Donald J Trump be removed from office.

Or how Christians can apply for laws to have lgbts put to death on the streets of California, or go to other countries and get their people riled up and have them start passing laws that again? Put lgbts to death.

Or Christians demanding that atheists be registered like sex offenders, or have all our rights taken from us or even? Put to death.

Funny isn’t it? Christians can hate us atheists, or lgbts, or Pagans or others and that is perfectly fucking alright. But don’t you DARE speak out against this hate, or stand up against this hate, or throw this hate back at you, because then? You as a Christian get your damn pampers in a big old bunch and cry about us mean old atheists persecuting you, or lgbts persecuting you.

But of course then? You Christians hate it when as you sow, you reap and as you do unto others? It is done back unto you and your comments here? And your blog postings? Prove it beyond any shadow of a doubt.

The Domain for Truth 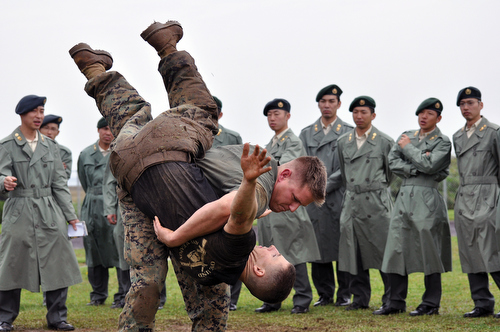 Earlier during the month I wrote a post “Anti-Christian latest intolerance: Swiss Christian Chocolate Company.”   I had an interesting troll in the comments who claimed to be a Christian fighting against other Christians for “intolerance.”  I responded in a post here: Calling out a Drive-By Virtue-Signaling Troll.

Seems like the story with this troll has a more bizzare turn that I’m going to expose.

One thought on “Partial Arts and Hate Bait”